Join us as we welcome, actor. comedian the one, and only Stevie Mack on the show! 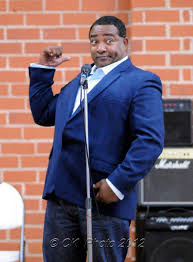 Stevie Mack was born in Los Angeles, CA to a crazy family. He escaped by performing stand-up comedy, improv and acting. As a youth he toured with the Young Saints Performing Arts Academy.

1991 – Stevie Mack brought his comedy routine to the world famous Comedy Store, in Hollywood, CA – After that, he hit every stage he could while riding a ten speed bike.

2008 – He was Crowned the King of Comedy Walk, and he continues to build a dedicated following while headlining at major clubs and universities across the country guiding the audience with his quick wit and hip/nerd style, allowing guest to feel connected to his humor on an interpersonal level…or he’ll just act an all out fool if the situation requires.

2009 – He expanded his improvisation and acting skills by joining the Groundlings and Upright Citizens Brigade improv troupes. He began writing, producing and hosting STEVIE MACK RADIO™ and STEVIE MACK TV™

2010 – 2013 His one man show, Stevie Mack’s Diary of a Crackhead, began running at the Hollywood Improv Comedy Lab. Many shows have sold out, it was awarded Pick of the Week in LA WEEKLY and it is now in development for a TV special.