As a lifelong Superman fan it was my honor to have on Mr Steve Younis the gentleman who runs the website www.supermanhomepage.com

I’ve always been a Superman fan, having watched the Superman and SuperFriends cartoons on TV as a child. However it wasn’t until mid-1995 when I found, bought and read a novel called “The Death and Life of Superman” by Roger Stern that I really began to seriously become a Superman fan/collector.

After reading the novel, an ad at the back of the book for Superman Comics attracted my attention and had me searching out my local Comic Shop to get my first taste of Superman comic books… and so began a humble little hobby that would grow into something beyond my wildest dreams.

It was also around the same time that I first accessed the growing world of the Internet, and I naturally sought out websites dedicated to Superman and related information.

Amongst others, I came across what to me was the most informative and up-to-date Superman website called the Superman Homepage. This site was maintained by an American guy called Andrew J Gould. Andrew and I quickly became friends via email, discussing the latest Superman comics, TV show episodes, etc… It wasn’t till mid-1996 that Andrew told me that he was ill… in fact dying. Andrew suffered from a rare genetic skin disease, dystrophic epidermolysis bullosa, which causes the skin to blister and scar in response to minor injuries, and predisposed him to skin cancer. Sadly Andrew passed away in November 1996 but leading up to his death the two of us organised for Andrew’s computer files to be transferred to me so I could continue on his work at the Superman Homepage.

Being a Graphic Designer by profession, I set about updating the website to have a more user-friendly look and feel, adding more content and a wider range of information on top of what Andrew had done, including adding information which Andrew had planned to do but had never been able to get around to.

In early 1999 the Superman Homepage had been built up to be rated as one of the premier Superman websites on the World Wide Web, averaging over 200 unique visitors a day. I was joined by up to 8 volunteers from around the world in keeping the website’s content as current as possible, with regular reviews of the weekly Superman comics, Episode Guides of the TV shows, latest news and rumours, interactive Trivia Quiz, to name just a few of the areas being updated regularly. Contacts had been made with Superman-related stars and creative people, such as writers on the Superman Comics, committee members who organise the Superman Festival in Metropolis, Illinois… and the ultimate experience… contact with Christopher Reeve through a mutual friend! 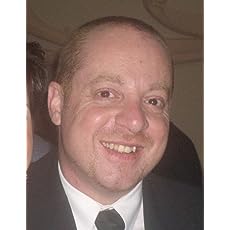 In early June 1999 I was contacted by a man named Chip Meyers. Basically he and his company were setting up a major website called Fandom which would be the central place for people to come to who were interested in Science Fiction/Horror/Fantasy, and he wanted me to take control of the Superman section. There were a lot of fine details to work out, but what it came down to was that he wanted to pay me to do my hobby!

After much discussions, the deal was done. The Fandom website (of which my Superman Homepage was to be one of 12 other sections in the initial set-up) was to be launched on the 1st of November 1999. Between June and November there was a lot of work to be done, but thankfully I was able to get most of the Superman Homepage up and ready for the big launch.

Fandom was a big success, and reaction to my move had been positive. The Superman Homepage did really well with traffic building to over 1,600 unique visitors a day on average, with a growing community involved in the Superman Message Board and Chat Room. My site’s reputation as one of the premier online Superman destinations has resulted in exclusive interviews with “Superman: The Movie” Director Richard Donner, Producer and Editor on the restoration of “Superman: The Movie” Michael Thau. Both myself and the Superman Homepage have received mentions in DC Comics’ “Superman” comic books, with interviews conducted with the editor, writers, and artists working on the Superman comics.

Sadly, due to economic difficulties, Fandom Inc. closed its doors in mid-2001. However the Superman Homepage continued to live on, moving to a new location at www.supermanhomepage.com, returning to an independant existence as a fan-run website.

Over the years this website has been a resource for many Superman projects, including the movie “Superman Returns”, the “Look, Up in the Sky! The Amazing Story of Superman” documentary, “The Essential Superman Encyclopedia” publication, “Secret Origin: The Story of DC Comics” documentary, and more.

I’m really looking forward to continuing this adventure in my affiliation with the world of Superman.