The Democratic presidential candidate’s flub came during an appearance on CNN. And like reported earlier it was again on the Anderson Pooper Scooper show… Now he starts off with asking Joe “The president has not talked about the shooting of Mr. Blake. He’s talked about violence at protests in wake of it,” anchor Anderson Cooper began. “I’m wondering why you think that is why he hasn’t addressed it. There’s obviously a lot we do not know about the circumstances around it, but the video obviously is out there.”

Biden’s response, however, made no mention of Blake with the 77-year-old former vice president instead bringing up Kyle Rittenhouse, the 17-year-old gunman charged with shooting and killing two protesters in Kenosha, Wisconsin earlier this week that I also reported on the site here, and have videos on.

“I don’t know enough to know whether that 17-year-old kid, exactly what he did,” Biden said. “Allegedly he’s part of a militia coming out in the state of Illinois. Have you ever heard the president say one negative thing about white supremacists? Have you ever heard it?” Now I don’t expect Biden a white guy who’s known for again putting more blacks in prison with his own words, and his own laws and bills he passed, and one in 1994 that Bill Clinton passed into law. SO he forgets that, and tries agin to project his own racist history by saying Trump hasn’t spoken about racism or white supremacy. lol Trump has condemed it many times, and said it’s wrong, and has also spoken badly about domestic terrorists, and the KKK, BLM, and Antifa. Joe Biden either is so fried in the head he doesn’t recall these moments or he’s being Joe and lying, and continuing this “wrap up smear” of Nasty Nancy Pelosi.

Then, Biden launched into a tirade against the president over the 2017 white nationalist rally in Charlottesville, Virginia that left a counter-protester dead. “That’s the reason why I got back in this race because what happened in Charlottesville,” he continued. “Close your eyes remember what you saw. And a young woman gets killed resisting the hate and violence and the president gets asked to comment. What’s he say? He said they’re very fine people from both sides.”

Blake, who is black, was shot seven times by a white Kenosha police officer Sunday while getting into his car. His shooting kicked off violent protests in the city, including the one where Rittenhouse opened fire. And we know he had a weapon in his car, a warrant for his arrest for assult, and battary, and also was resisting arrest, and walked away while under arrest. All things JOE CHINA doesn’t like to mention. All he does is gas light a bad situation which is ALL these fucking losers on the left seem to want to do these days. This is incredible how anyone in their right minds can want to vote for this man. He doesn’t just lie! He makes up lies to cover the lies that covered over other lies, and projects his evil to Trump, and than calls a 17 years patriot a “malitia”. To quote you Joe……. “COME ON MAN!” You’re one dumb fucking asshole. 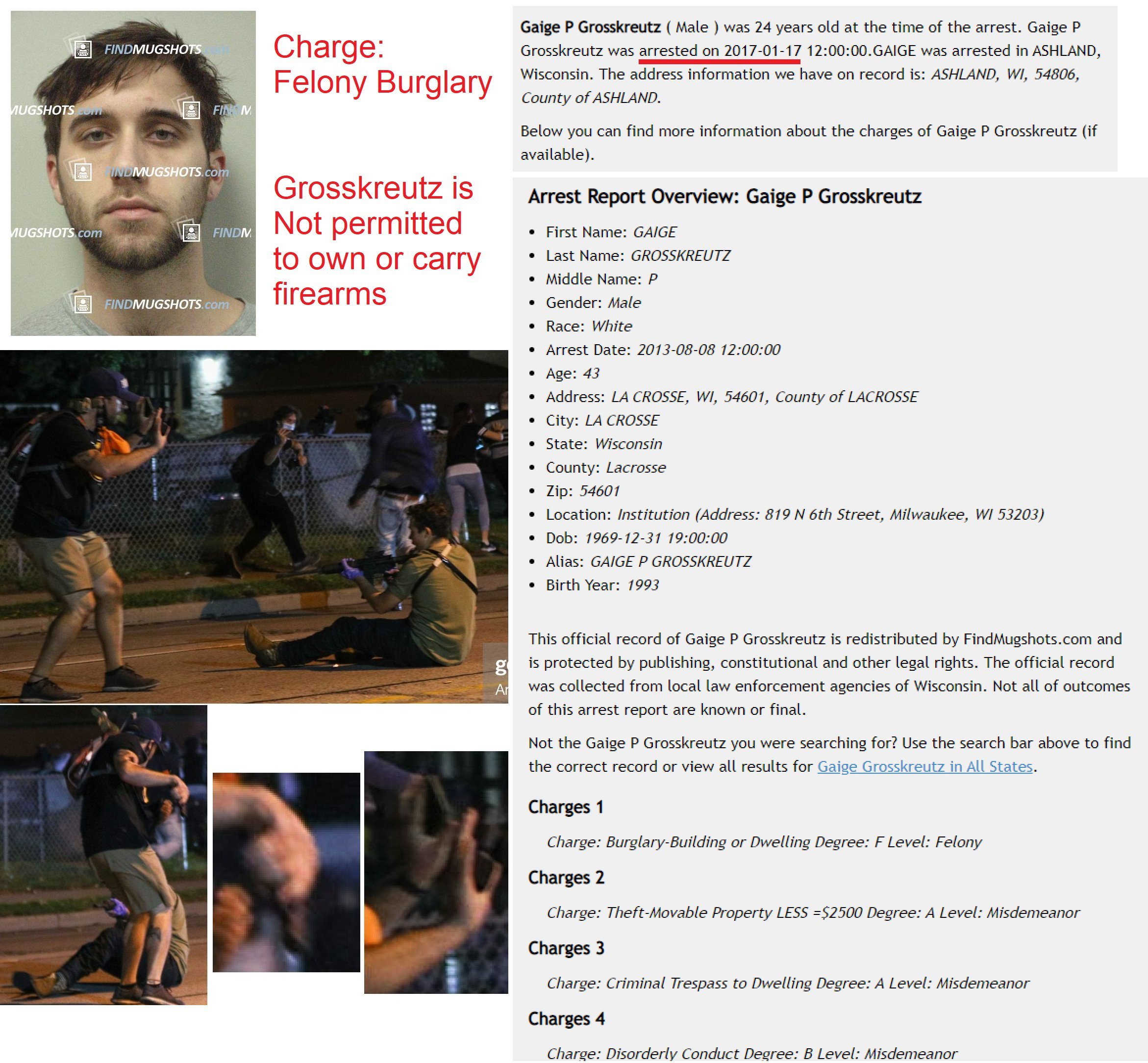 Tweet
Anthony Huber was shot and killed in Kenosha during an altercation with Kyle Rittenhouse, and we now know more about Huber who was while Huber is being portrayed by his associates as a hero, others are calling out the circumstances of the shooting and Huber’s criminal background.

Records show Huber was a repeat arrestee for domestic violence. Some hero! In one instance he was arrested on charges of related to the alleged strangulation and suffocation, use of a dangerous weapon, false imprisonment, battery and disorderly conduct related to the domestic assault.


“Her boyfriend didn’t die saving others. He died trying to jump a kid with other adults. And her boyfriend just got out of prison for domestic abuse and false imprisonment. He was still on parole.”

This is a fact folks for this girl to say he was a good guy saving others? He was a scumbag trying to kill a minor… How about that fact lady?

Must be difficult to lie and cry at the same time. Then again, for liberals, it’s only natural, and Her highest compliment of him was that he was a good skateboarder .. think about that.

In another domestic abuse arrest Huber was brought up on charges of battery and disorderly conduct and designated a repeat abuser. Huber appeared purportedly chased shooter Kyle Rittenhouse down from behind bludgeoning him with a skateboard before Rittenhouse fell to the ground where the shooting occurred.

Civil rights attorney Robert Barnes said in his view of the incident Rittenhouse appeared to be protecting himself. “By all evidence I see, Rittenhouse’s actions were entirely consistent within his rights of self defense under Wisconsin law,” Barnes told the Kenosha Reporter. The goal of $25,000 for Huber’s GoFund Me account was quickly exceeded and as of the time of publication was nearing $100,000. Can you believe this folks? A Bad guy who went after a minor, and tried to kill him, and got himself killed gets over 100k from idiots who support domestic abuse? This is the country we’re in now folks? The people who supported this asshole, and donated to his page should all be ashamed of themselves.