“The latest Rasmussen poll found that a third of black likely voters said they are ‘less likely’ to vote for Biden after the Harris pick, while a third said they were ‘more likely’ to do so, and another third either said the VP pick will have no impact or their votes or that they weren’t sure what impact it will have.”

Now folks I’m just gonna read you a quote from the story. This is from the story. This is not from me okay? “Kamala Harris is among the slimiest of politicians and her prickly style makes her less likable as well. While Biden may have thought he would bolster his intersectionality credentials by picking the Democrats’ Great Black-Asian Female Hope as his VP, it seems he merely ended up shooting himself in the foot…”

This is… By the way, Tyler O’Neil is the author who wrote that. I think the big mistake picking a… He boxed himself in. He guaranteed that he had to pick a black woman or, well, “a woman of color.” He had to check a box. Nothing about qualification. Nothing about making a wise political choice. Like, why would you pick somebody who’s not gonna get you a single extra electoral vote?

He’s gonna get California’s electoral votes whether she’s on the ticket or not. In the normal ebb and flow of things, you pick somebody that’s gonna help you in the Electoral College. That’s who elects the president. He picked somebody that offers no assistance at all and then may end up providing baggage in that regard. Now, “Why?” you might be asking.

“Why would Kamala Harris alienate black voters when, for all intents and purposes, she appears to be black?” Well, there may be this little ditty. Dinesh D’Souza had been looking into Kamala Harris, and he had tweet a couple of days ago. “The privilege Kamala Harris has enjoyed throughout her life was built on the backs of 200 black slaves, forced to work on 5 plantations by her ancestor Hamilton Brown.

“I’ve yet to hear any sympathy from the Left for these black lives, which evidently don’t matter at all.” Apparently… Look, this is not “apparently.” We’ve all known it. Those of us who have studied Kamala Harris, those of you who looked into her background, we know she’s not African. She doesn’t have “slave blood.” She not down for the struggle. She not. None of that. She doesn’t have any attachment, like Obama didn’t.

Obama didn’t have any direct attachment to the struggle. He didn’t have any direct attachment to Selma, even though he went there, tried to make it look like he did. She doesn’t either. In fact, her family was wealthy in Jamaica, and they owned slaves. And it’s not just Dinesh D’Souza. Jamelle Bouie in the New York Times finally admits Kamala Harris might be descended from a slave owner. Now, Jamelle Bouie is a male. I know that ESPN has some people named Jamelle and they’re women. So you don’t really know until somebody tells you. But this Jamelle Bouie is a male.

He does not give his readers the slightest indication of how large a slave owner Hamilton Brown was, but Dinesh D’Souza has done the investigating and found out. And he’s published the names, 200-plus slaves owned by Kamala Harris’ ancestor, Hamilton Brown in Jamaica, 1817. Hamilton Brown and his plantation, one of the largest planters in Jamaica, Brown now has a town named after him. It’s called Brown’s Town in Jamaica.

“Kamala Harris addresses skeptical voters in the black community.” Now while she might somewhat look “African-American” like she claims now. Maybe people have found out she’s Jamaican, Indian. Maybe the African-American community thinks she’s trying to fool me here, we’re not buying. Whatever, and remember she’s also married to a white man, and has 2 white kids with him. Now how black is she really?


[fvplayer id=”80″]
So this is real. They’re doing a little story here on, “Oh, what’s the problem? How can she fix this?” Here’s the thing that gets me. The woman ran in the Democrat primaries for the nomination. She was the first to get out before a single vote had been cast. Why did she get out? Because she was throwing away money. Every dime she raised was being wasted. And then she got to the point where she having trouble raising it. The point is, she was rejected. She was the first one that Democrat voters rejected. Folks, it’s a big deal to get out of the primaries 16 people in there, whatever the number was before a single vote, before a single primary. You would have thought, if you’re the Biden people or the Democrat National Committee, you would have thought that if she had pull with the African-American voting community, then it would have shown up in the primaries. But it didn’t. It didn’t show up much for Cory Booker. It certainly didn’t show up for Kamala Harris. So now, now they got a problem. What do they do? How do they fix the fact that she’s alienated the black community? Look what Rush Limbaugh posted on his site, and what he had to say.

RUSH: There are those who say that Plugs chose Kamala Harris to appease big tech and Silicon Valley. ‘Cause apparently he doesn’t have the chops on his own to be able to appease them or assure them that they’re gonna be safe. Where else are they gonna go?

Folks, there’s no denying this. Her family were big slave owners. Five slave plantations, 200 slaves. The family wealth was created by virtue of these plantations. So the Democrats are out there ripping down all these founders. They owned slaves. Now they’re gonna put somebody in the Oval Orifice who owned slaves, or whose family did.

And here. Just to show you that somebody’s figured out maybe too late that they’ve got a problem here with Kamala Harris and the African-American vote. Let’s go to CNN. This is when they were talking about this. I told you they were having a little panel discussion over, “Uh-oh. Oh, no. What do we do now? Kamala Harris, black voters expressing some problems.” 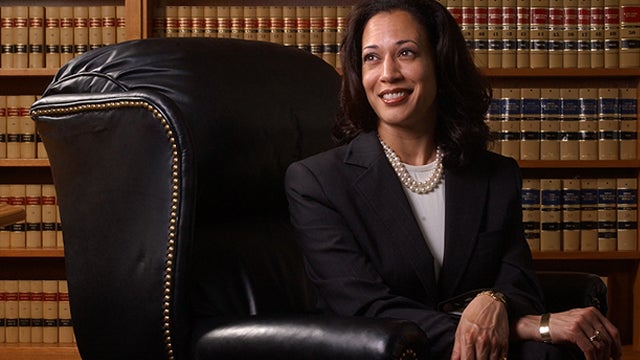 So we have here one of the cofounders of Black Lives Matter, Alicia Garza, was being asked a question by John King. Question: “In these protest marches, for so many of the people the word ‘prosecutor’ is a dirty word, and yet you’ve had a recent conversation with Senator Harris. Can you share that with us?”

GARZA: What I can say is that we’ve had several conversations with Senator Harris about a range of policy issues. Some things that we pushed her on and other things that we had complete alignment around. There are a lot of people who are very clear about that and a lot of people who want to see more from her. And that is actually okay. In a functional democracy what we do is we push candidates to be better and more responsive to the issues that we care about. And so she should continue to be held accountable. She should continue to be supported in coming to the right position on the issues we care about.

The privilege Kamala Harris has enjoyed throughout her life was built on the backs of 200 black slaves, forced to work on 5 plantations by her ancestor Hamilton Brown. I’ve yet to hear any sympathy from the Left for these black lives, which evidently don’t matter at all

Previous: St. Louis couple who pointed gats at BLM & Antifa Rioters to speak at RNC
Next: The Logos are the window to the mind of these people!